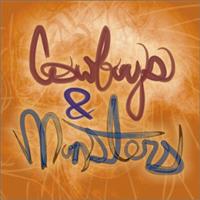 In year twelve, when the cowboys invaded the uninhabited ranges of Washington Hill, everyone lived in peace. Then came the monsters… out of the Washington Hill Volcano Amphitheater, and they continued to live in peace. People washed their hair with eggs, and that bothered anyone but nobody. That is, until the Crazy Breadstick war… which never actually happened, that both the cowboys… AND the monsters, continued to live in peace. Years later, the cowboys and monsters still had no problems. There were these people being cowboys, and there were these monsters being monsters… no biggy. One time, a monster stepped on a cowboy’s foot. Hey, it was just an honest mistake. There was even a time when a cowboy stepped on a monster’s hurkslt, and a tiny moment of discomfort led to a lifetime of washing hair with eggs. We can learn something from the cowboys and monsters. What exactly? Who knows? How much can we learn? Touch! But we can all agree that it’s time for this paragraph to end.