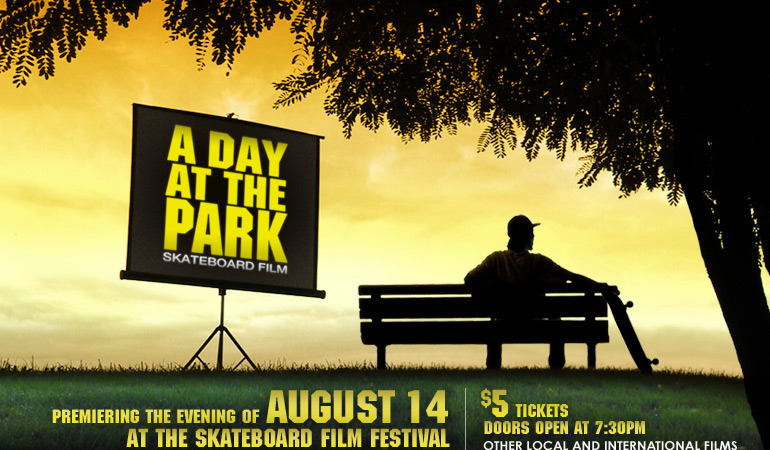 Skating at skate-parks is hands down about having fun. A Day At The Park is a portrait of the skateboard scene from over 30 skate-parks in the greater Seattle area.

The film covers the parks themselves and the locals who skate them, shot by some of the most involved skateboard filmmakers in the area. The film packs some of the most memorable and innovative feats that have occurred across a six year time-span and paints a picture of what the Seattle skate scene is like from the perspective of it’s local parks.

From playing a game of skate with some pals, fitting in a last trick at dusk, to learning a new combo, these skate-parks serve as a safe haven for the local skaters. They function as training grounds, meeting spots… that place to push the sport just that extra notch. Witness new talent arise and older generations still shredding it alongside them. See footage from new parks that’ve appeared on the map, classic ones that’ve passed away, and the parks that have remained favorites over time.

In addition to the feature film, the DVD contains an in-depth guide of each featured park including location information, detailed photos and bonus footage. Also included are a gallery showcasing the film talent in the area and a section to appreciate the shops and industry that support the Sea-town skate culture.

So whether you live in Seattle, are planning a visit, or are just curious about what the area has to offer in terms of concrete and wood… check out A Day At The Park featuring much of the Syntax Records catalog as its sound-scape.

11 years ago in News
FREE Mixtape!
Read This!

20 years ago | 0 Comments
Watch This!
Social This!