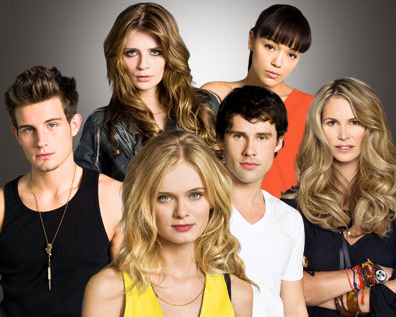 Shane Newville’s “Samurai Showdown” has been chosen as the theme song for CW’s new hit television series “The Beautiful Life: TBL.” The show stars Sara Paxton, Benjamin Hollingsworth, and Mischa Barton and centers around the lives of high-fashion models and the high-stakes competitive nature of the fashion industry.

“Samurai Showdown” debuted on Formless, Newville’s premiere release from Syntax Records. The album showcased the musician’s flair for mixing energetic hip-hop and electronic music. With a background in sound engineering, Shane Newville is a master at crafting the perfect beats.

Before joining Syntax Records as an artist in 2004, Shane was a member of their street team promoting other artists’ music. He went on to attend SAE Institute, a top school of audio engineering, before joining Syntax Records as a full-time staff member. His demo for Formless is what caught the attention of Syntax, and they signed him without changing a second of his masterpiece. In addition to his own projects, Newville has mixed and edited for many other talented artists both in house as well as for others. His work has also been included in several films and television spots, most recently featured in a Panasonic camcorder commercial that aired on several major television networks nationwide.

Catch his song “Samurai Showdown” when “The Beautiful Life: TBL” premieres on CW Wednesday, Sept. 16 at 9/8C. There will be an encore broadcast on Friday Sept. 18th.

Braille featured on cover of S.O.U.LMag

6 years ago
Watch This!
Social This!