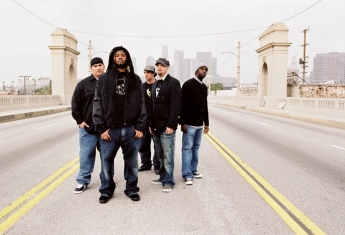 Celebrated hip-hop group LA Symphony, in partnership with long-time friends Syntax Records (Koch Entertainment), are unleashing a must-have album of unreleased and exclusive songs, demos and rarities, from the last decade of the band’s thriving career.

The group has done over 100 shows a year since its inception in 1997, and has been a mainstay on college radio, MTV2, and TVU. Its music has been featured in the 2006 movie, The Second Chance (directed by Steve Taylor), on MTV’s Cribs and Pimp My Ride, and on the Tony Hawk Playstation and NBA Live Xbox games. In 2002, the group was recognized with the MVP award for best Hip-Hop/Rap in Los Angeles by LA Weekly.

14 years ago in News
FREE Mixtape!
Read This!

22 years ago
Watch This!
Social This!