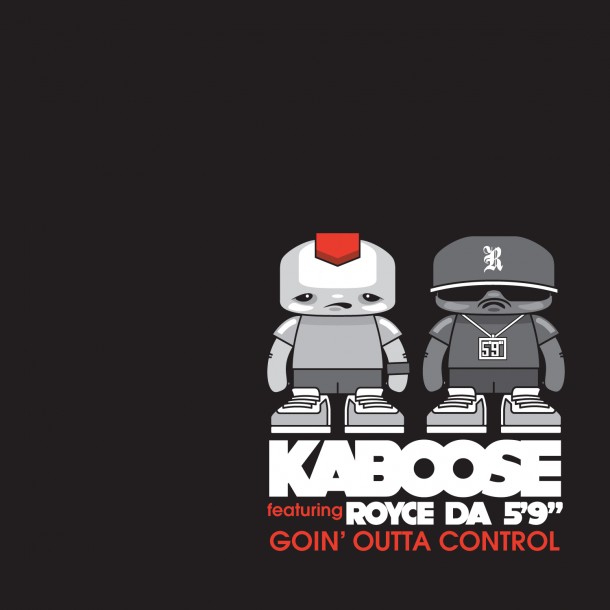 Hip-hop artist Kaboose is poised to unleash his Syntax Records debut entitled Excuse Me on October 14th. Armed with only a microphone and the Syntax in-house production team, the Minnesota emcee serves up 15 heaters – all full of the unapologetic truth.

While it’s his first full-length album on Syntax Records, this is far from an introduction. Through years of pounding the pavement as a full-time emcee and his national appearances on the Night Owls series, he has already built a strong fan base that is more than ready for Excuse Me.

“In all honesty, it felt refreshing to go in the studio, because I knew it was finally my time,” Kaboose says. “Once Executive Producer Tim Trudeau and I got rolling, everything just fell into place. I feel like I was able to get out what was inside of me and am very pleased with the outcome.”

That outcome is a brave journey as told only through the eyes of this hip-hop soldier. Every aspect of this album was met with excellence including the artwork inside.

“The creative direction for Excuse Me goes far beyond that of previous releases in both consistency and depth,” says Syntax Records Creative Director Ian Polanco. “From the very beginning of this project, it was decided that the artwork would play an integral part in everything including the marketing. In an age of digital downloads, there needs to be an incentive for you to buy the hard copy. We’re going to offer you that incentive.”

Kaboose comes into his own on Excuse Me and brings a very special guest along with him, hip-hop veteran Royce da 5’9″. The rapper, who’s worked with Emimen and toured with Mobb Deep, collaborates on the song “Goin Outta Control”, which is also the first single.

“It was phenomenal working with Royce. We were able to really chop it up about the track and also about life in general,” Kaboose says. “I have much love and respect for this legend.”

A thin guest list of three is completed by the addition of label-mates RedCloud and MaxOne. With stellar production by sirROCDOMZ, Shane Newville and Tommy Percival, Excuse Me is a refined and focused release that is destined to stick out in an over-saturated music culture.

Gibraan to perform at the Stellar Awards with Tonex