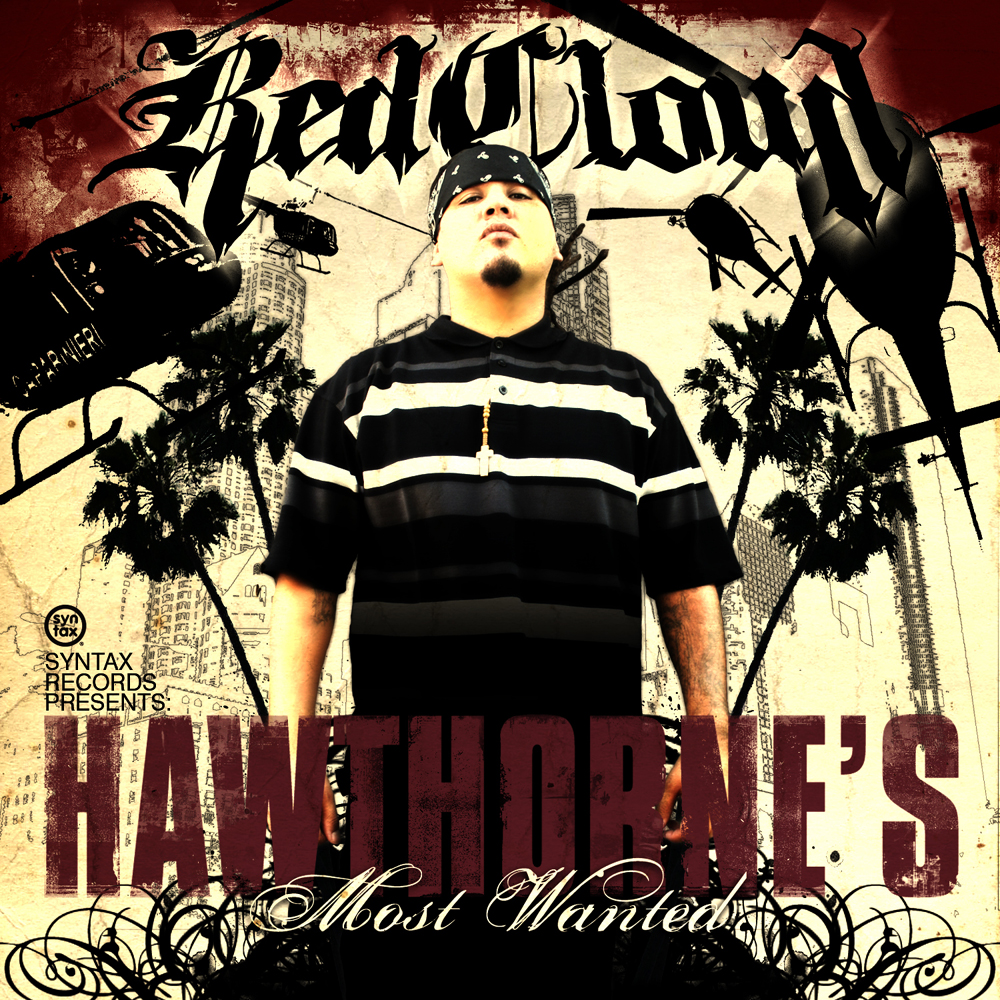 Hawthorne’s Most Wanted out now!

RedCloud, a Mexican Indigenous hip-hop artist belonging to the Chiapas tribe born into a family knee-deep in the Chicano Gang lifestyle, will release his long-awaited debut album HAWTHORNE’S MOST WANTED this month on Syntax Records, distributed by Koch.

“Original hip-hop was uplifting and positive which is exactly what I needed in my life,” says RedCloud. “My mom had me when she was 17, I got my first tattoo in the 7th grade, she pierced my ears in the 6th grade, I jumped in the gangs the next year and, ‘boom,’ got arrested twice. Hip hop gave everybody hope and changed people’s lives. It was street poetry that everybody could relate to. Now, people are rapping about things that your average person can’t relate to — the cars, the diamonds, the money I rap about average person stories, issues that people don’t usually deal with. I want to let them know what’s really going on.”

Turning away from his rough upbringing, RedCloud found hip-hop in the high school yard, and had a spiritual awakening. He became the one to beat on Los Angeles’ Power 106’s Tha Baka Boyz freestyle competition Roll Call and developed a regular Los Angeles club following that evolved into a non-stop U.S. touring schedule. RedCloud’s first two underground, self-released albums, 2001’s IS THIS THING ON? and 2003’s TRAVELING CIRCUS sold more than 40,000 copies collectively.

Currently, RedCloud’s 2007 touring schedule is packed with 140 shows. However, he not only plays the clubs with his music from the indie releases, as well as the new HAWTHORNE’S MOST WANTED, but the rapper does mission outreach to Native American reservations where he comes face to face with poverty, addiction and other rough problems.

“We travel from reservation to reservation sharing a message of hope to the Native American people, the First Nation’s people and Indigenous people of Mexico” explains RedCloud. “Nowadays, 90% of Native American youth are into hip hop. They forget what their elders are telling them these days, or they don’t care about tradition or their heritage tells them. They want to do what they love, which is hip hop and we speak that language very, very well.”

Night Owls 4 is #1 on Satellite Radio!

19 years ago | 0 Comments
Watch This!
Social This!